My Girlfriend Wants Me to Get Circumcised 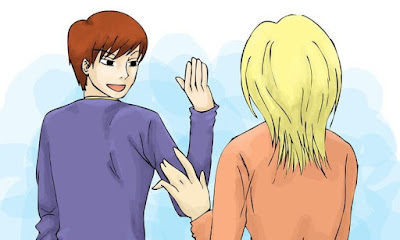 Ever been nagged by a sexual partner about having anatomically correct genitals?

If you live in a country where male circumcision is the norm, chances are you have.

Not too long ago, One Direction's Harry Styles dumped American singer Taylor Swift, because she kept nagging about his intact genital status.

Whereas circumcision is a cultural norm in the United States, it's basically unheard of in the UK, where Harry Styles is from, and pretty much the rest of Europe.

How do you respond to that?

What are you supposed to say to a woman who wishes your genitals were modified to fit her tastes?


If a person is so fixated with something that it is necessary for sexual gratification, and the absence of that something interferes with complete sexual expression, that crosses over into the fetish realm.

The word acrotomophilia, which describes a paraphilia where an individual expresses strong sexual interest in someone who has had a part of his body cut off, comes to mind.

I dare say that America has become a nation of acrotomophiliacs, where people have become so fixated with circumcision, that a male partner not being circumcised is a problem.

So what's an intact male to do if he encounters a man or woman who has a sexual fixation with a circumcised penis?

Sexist Double-Standard
Before going on, I'd like to bring attention to one of the greatest sexist double-standards in America today.

In this country, girls are taught to demand respect for their bodies, and that men should not view them as just another piece of meat,

On the other hand, boys are taught that they have to sacrifice themselves to appease a girl.

Women are not to be objectified. Women's rights activists decry the notion that beauty can only be found on the cover of a fashion magazine. They fight to send girls the message that they don't have to fit themselves into the mold of a Barbie doll to appease others.

Yet, at the same time, more than half of all US born males are taught from birth that their bodies are not their own, and that they must sacrifice it for social conformity.

When parents are asked why they want to circumcise their sons, their reasons are often social conformity, and the appeasement of some hypothetical female partner.

"I don't want him to be made fun of in the locker room," goes one quip.

"I think it's more attractive, and I don't want any hypothetical girlfriends to be grossed out," goes another.

Self-respect and empowerment for one sex, conformity and subjection for the other.

How would a man be viewed if he was constantly poking fun at a part of a woman's body he wasn't satisfied with, and kept nagging on her to get cosmetic surgery to satisfy his aesthetic tastes?

What would we think of a man who kept telling his female partner that she's got no boobs and that he'd like at least a C-cup?

Maybe he thinks his partner's nose is too big, and she needs to get a rhinoplasty.

What if he kept nagging her to get a labiaplasty because he thinks her labia are "Ew, gross?"

Intact Guys Need to Develop a Positive Self-Image
It can be tough being an intact guy in a predominantly cut world.

The American media is constantly sending the message that being intact is disgusting and undesirable.

American sit-coms like Seinfeld and Sex In The City send the message to viewers that they ought to have their children circumcised, and that women find, or should find, intact men sexually undesirable, and that said men ought to go get circumcised to appease said women.

The fact is that the great majority of the male population is intact globally.

Something like 70% of the men in the world have genitals as nature gave them.

When our European counterparts view American TV shows and they see us trying to make fun of circumcision, they wonder what's supposed to be so funny.

Intact guys need to become educated regarding their own bodies, and to learn to love themselves as they are.

When women go get surgery to enlarge their breasts, get plastic surgery or undergo labia reduction surgery (AKA "designer vaginas"), some health professionals argue that their decisions originate from an unhealthy self-image induced by their comparison of themselves to the women they see on television and/or pornography.

Similar concerns don't seem to exist for men who are trying to conform to the images they see on TV or pornography though.

While there's this struggle to try to convince women to love themselves "as they are," men are encouraged to go get circumcised to appease the ongoing circumcision fetish.

Intact men, we must ask ourselves, why the sexist double-standard?

Show Him/Her The Door
So how do you deal with a man or woman who balks at your anatomically correct manhood?

The best thing you can do is to simply have some self-respect and show that person the door, because a man or woman who doesn't love you for who you are, as you are, isn't worth it.

Just as a woman shouldn't be expected to sacrifice her body to appease a man, the same should be true for males; a man shouldn't have to mutilate himself to gain the favor of any woman.

She either loves a man for who he is, or she does not.

Find someone who doesn't have a fetish for mutilated penises and who will love you as you are.
Posted by Joseph at 5:13 AM